Hyperion command system ready. Processing login request… Verified.
Attention, all units! Safety catches unlocked! Download engine transferring high concentrations of energy. Login countdown: 10, 9, 8…
“Captain on the bridge.”
Welcome to Hyperion, Captain! From today onwards, you are our Captain!
Come fight for all that is beautiful in the world with us!

Get along with a diverse cast of Valkyries and their bonds will become your strength!
Join Valkyries in the war against Honkai to save the fantastic Honkai-verse!

[S-rank Battlesuit | Palatinus Equinox]
“I have the giants whose shoulders I stand on to thank. But when the giants become threats to the world… I have to stop them.”
An IMG-type battlesuit who deals Physical DMG. She can ride a mighty steed and access 2 forms freely!

[S-rank Battlesuit | Spina Astera]
When the power of the Astral Harness surges from within, Rita recalls the adventure she had five years ago.
A MECH-type battlesuit who deals Fire DMG. In Astral Harness state, she can summon tornado to gather enemies and perform multi-level Charged ATK with simulated Holy Blade.

[New Open World | A Post-Honkai Odyssey Chapter 2 Updated]
Mei and Carole return to the squad! Team up with friends as any APHO character in the limited-time co-op event Squads Assemble. Your synergy might win you 500 Crystals and more!

—-
A word renovated. In the new saga, you are the designer of the future. 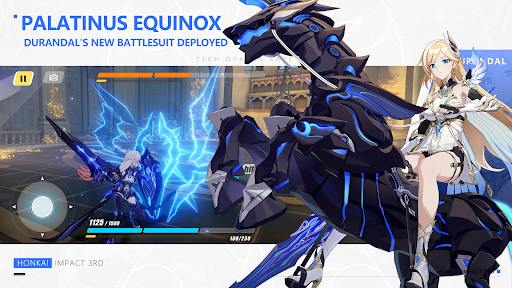 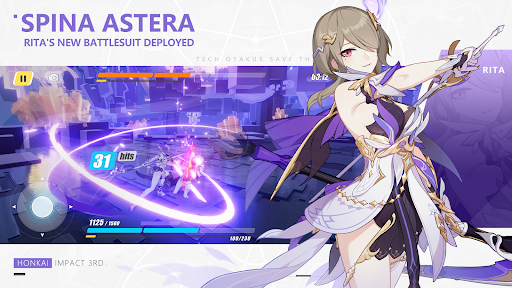 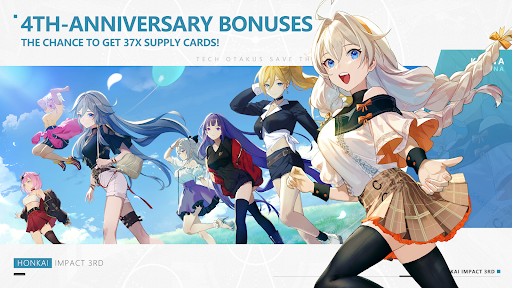 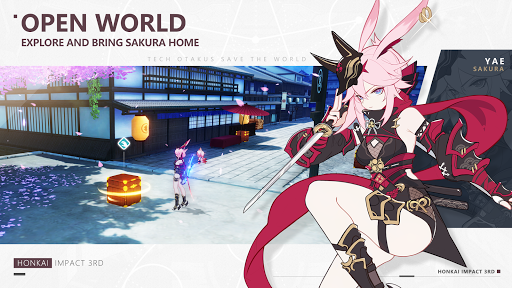 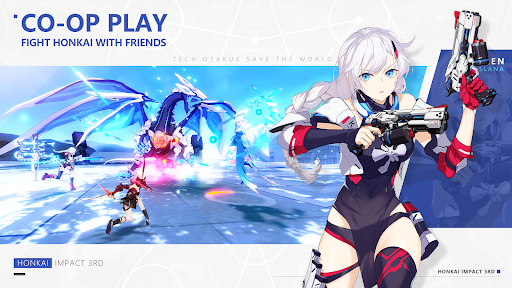 You are now ready to download Honkai Impact 3rd for free. Here are some notes: