Funny game about stickman in castle siege, vs stickmans with catapult & archers

Become the legendary master of the castle siege and destroy the fun stickman throwers with their catapult slingsho constructions.
Angey stickman will fight with throwing wooden constructions, siege towers and huge combat mechanisms in more than 540 offline levels of this free game waiting for you.
Defend your castle from catapults, ragdoll archers and spearman of different constructions created on physics impact in the game.

Stick attack and throw stones and arrows!.
They want to destruction and destroy your castle, become a hero and defend your tower with your army!
Now you can crush the castle and hit spearman stick mans with new weapons ballista and new units archery in the your tower.

Upgrade your weapon: catapult, crossbow, arrows and destroy pirate stickmans archer in this game.
Upgrade and grow your castle, you can build the towers by adding slots with archers or cannons that will hit more damage to the enemy.
Help your bow and stick spearman defend castle from the enemy stickmen and smosh enemy katappa or gulel!

Now you do not need to worry about connecting to the Internet and wifi, this games with no internet and no wifi and this nice.

Added new tank mode in the hills, reveals a new adventure story of our hero stickman.
You will meet many enemy tanks in which you need to toss stones or cannon shot from your catapult.
Don’t forget to upgrade your tank! It is very important to smash enemy tanks.

Free defeat enemies no break and prepare their army, they have prepared for you spears bowmans soldiers and more sprocket tanks! Tanks dangerous and armed with cannonballs and stones, but we are sure that you are not scared!

Controls in this game is funny and intuitive.
Click on the screen and pull to charge the catapult and select the pull force.

If you played with slingshot or throw smashing boulders, then you will immediately easy game how hit and take damage from opponents and destruction their castle.

Release to launch a shell at an enemy stickman and smash it!
Awesome, you can start battle in new multiplayer is available and become great bone masters!
Now play online with other players and win PvP battles!

If you like crash and destruction this throwing game will surprise you.
Have a nice game mr ! 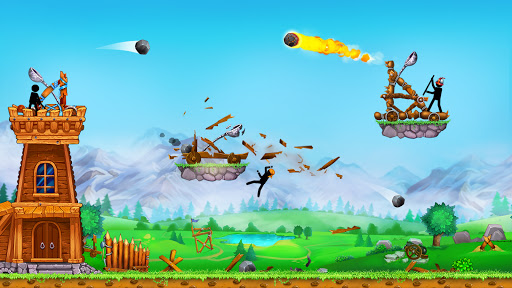 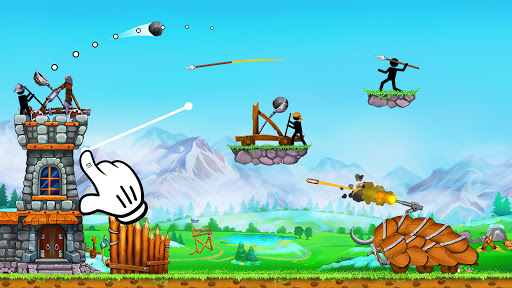 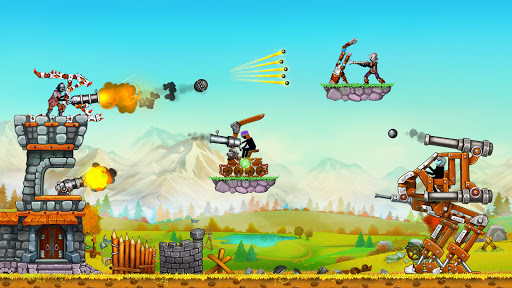 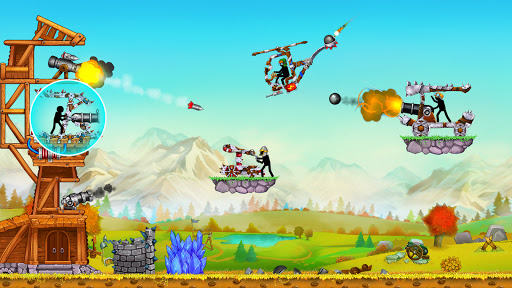 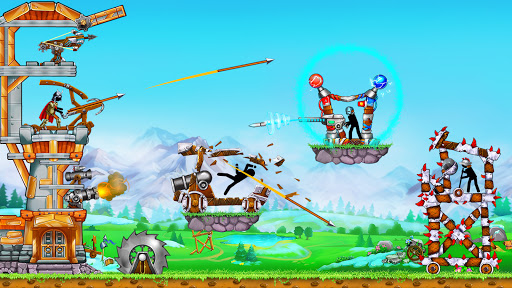 You are now ready to download The Catapult 2 for free. Here are some notes: